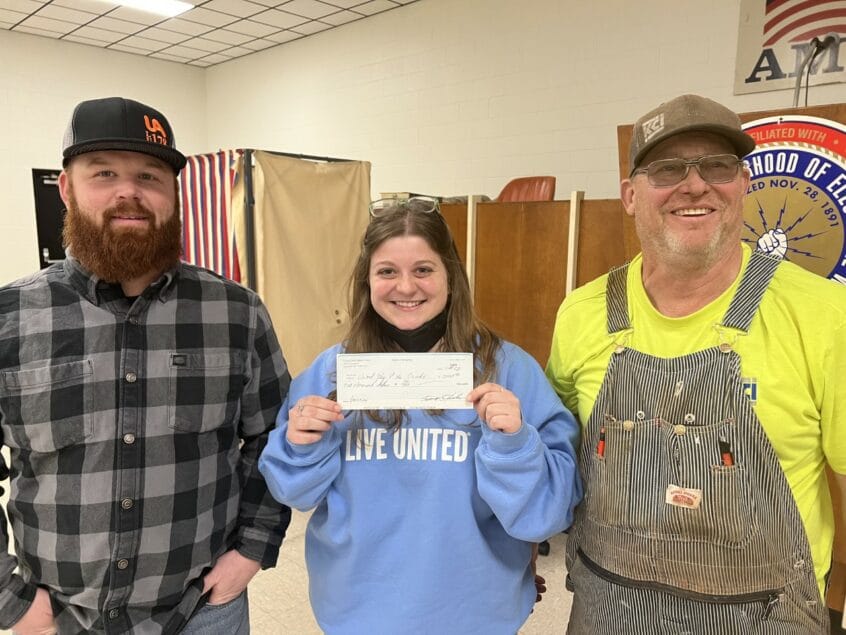 The history began on August 17, 1942. Sparked by the growing number of war relief fundraising drives, an agreement was made between the AFL-CIO and Community Chests and Councils, Inc., now known as United Way Worldwide.

Organized labor and United Way Worldwide joined to coordinate effective support and fundraising to lift communities up in a time of need. This agreement created a sense of belonging and encouraged volunteerism and collaboration between and within advocacy and support groups. In 1946, United Way Worldwide created the Department of Labor Participation, aiming to “join United Way, labor and health and welfare agencies in a cooperative, community effort to bring services and people together.”

Liaisons uphold the 1942 partnership by providing services to workers and their families, including assisting individuals through unemployment and crisis events. They continue to build and nurture relationships with the local AFL-CIO Central Labor Council. Liaisons contribute to initiatives that improve support systems – public and private – for workers and their families. 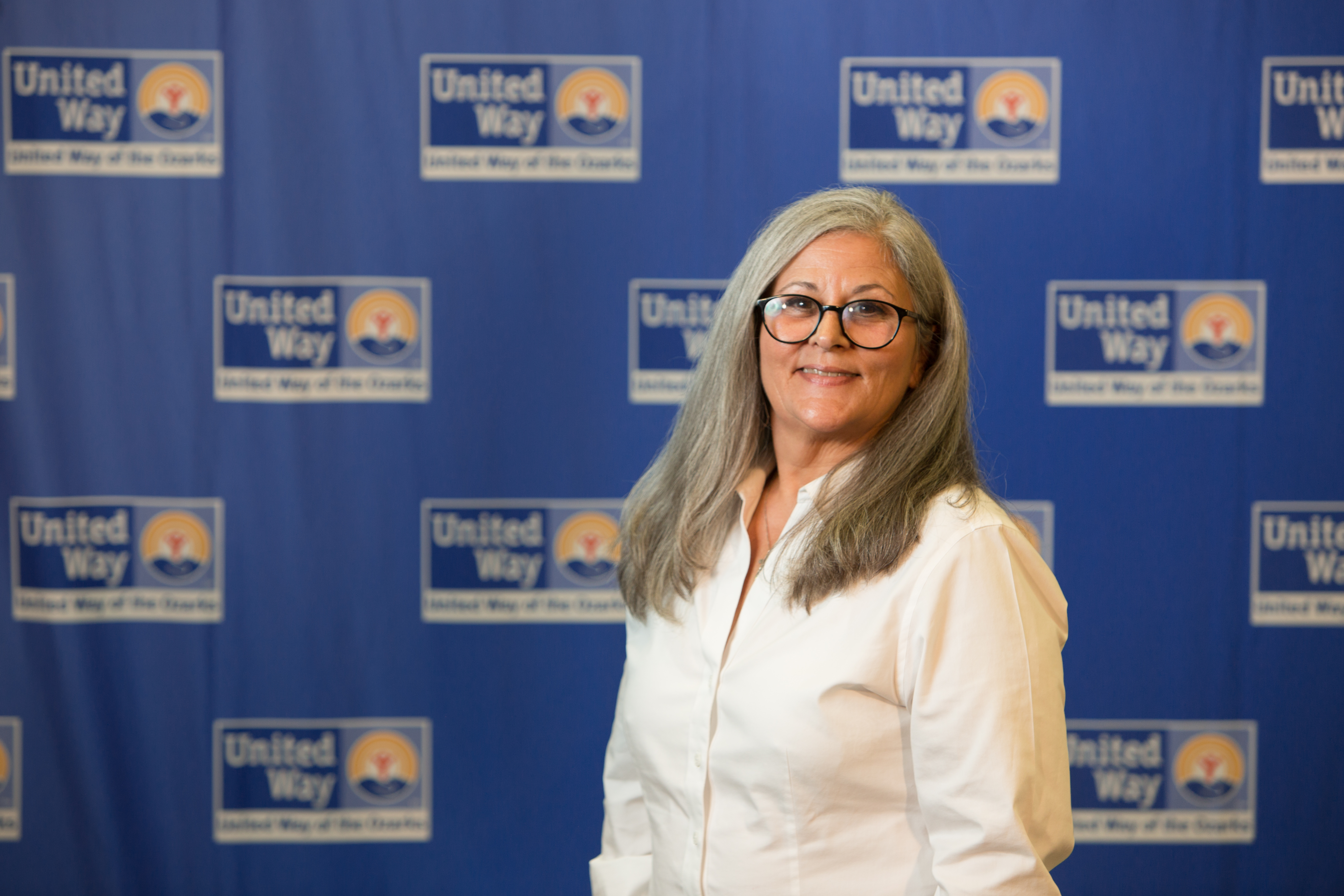 Rennie Diekemper was named AFL-CIO Labor Liaison in 2014. Bringing passion to her position, Diekemper bridged relationships with local labor leaders and made an impact on many union members’ lives.

“Rennie has shown me her huge heart and immense compassion for helping our community and local nonprofit agencies while serving as a dedicated Labor Liaison,” said Marti Cashel, vice president of finance and COO, United Way of the Ozarks. “She spent many years developing and working with the Hands on For Seniors program and tirelessly championed volunteers for our Day of Caring. Rennie sets a high bar for many of us trying to attain the level of devotion she demonstrated during her tenure at UWO. She’s been a wonderful asset and I feel very blessed to have had the opportunity of working with her.”

Diekemper retired from her post in December 2021. Liz Wertz was named to the AFL-CIO community services liaison post in 2022.

Upholding the pillar of community services

The agreement between the AFL-CIO and United Way Worldwide pursues cooperation in volunteerism and giving back to one’s community.

Community Service is a pillar in union presence and is seen in every major disaster or crisis in which unions have played a pivotal role in stepping up to LIVE UNITED. From the water crisis in Michigan, to the tornado relief in Kentucky, to participating in a nationwide food drive, unions continue to show the impact of service in standing in solidarity with those affected by crisis events. 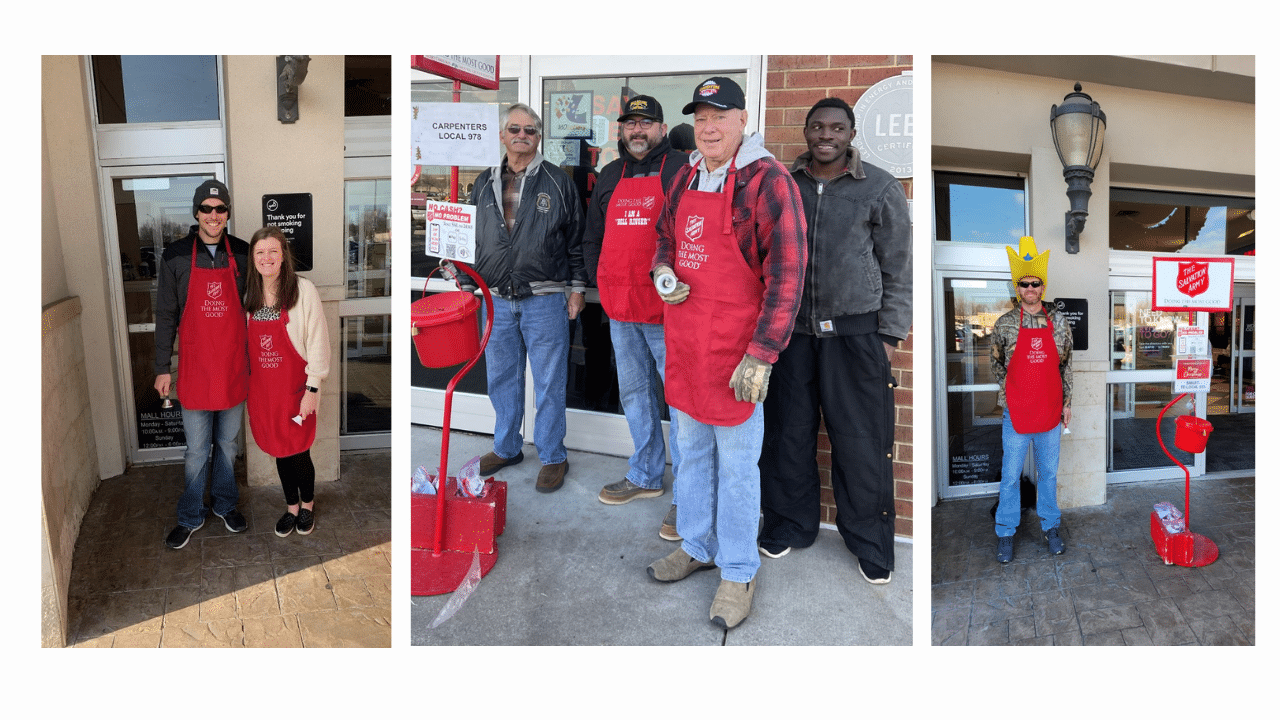 UNION MEMBERS AND THEIR FAMILIES VOLUNTEERED DEC. 4 TO RING THE SALVATION ARMY BELL.

Union Bell Ringing day for the Salvation Army is a long-standing tradition. For more than 25 years, members of numerous unions become volunteer bell ringers. As a result, more money is raised for our local community’s children and families. The tradition takes place every year on the first Saturday in December.

As a part of the AFL-CIO and United Way partnership, United Way of the Ozarks helps coordinate our union community’s participation on this day. In 2021, 11 unions participated with an estimated 200 members donating their time to ring the bell.

The Springfield Central Labor Council is one of nearly 500 state and local councils of the American Federation of Labor and Congress of Industrial Organizations (AFL-CIO). Union leaders are elected to represent working people at both the state and local levels. Working with community partners, such as United Way, they strive to help make our community a better place to live, work, raise our families and retire.

Justin McCarty, Plumbers and Pipefitters Local #178, serves as the president of the Springfield Central Labor Council. The AFL-CIO community services liaison works with the Central Labor Council to identify union member needs and connect the council to community partners. Both organizations strive to improve the social and economic conditions of working families, and together form a strong relationship that ultimately seeks to meet the needs of those in our local community.

Representing labor on the United Way of the Ozarks Board

Union leaders have long been a part of United Way committees and boards. They participate in the annual campaign and communicate the importance and connections of nonprofit partners to their union members.

“We are so excited to welcome Brian and Monty to our Board of Directors,” said Greg Burris, president and CEO of United Way of the Ozarks. “I’m so impressed with their level of commitment to our community, and I know great things will come as we work together to strengthen and expand an already great partnership. Here’s to the next 80 years!” 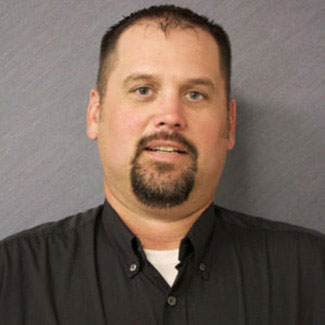 Mike Gott, Plumbers and Pipefitters Local #178 served on the United Way of the Ozarks board until March. He currently serves on the Safety Net Community Investment Panel, which strives to help lift individuals and families from crisis. 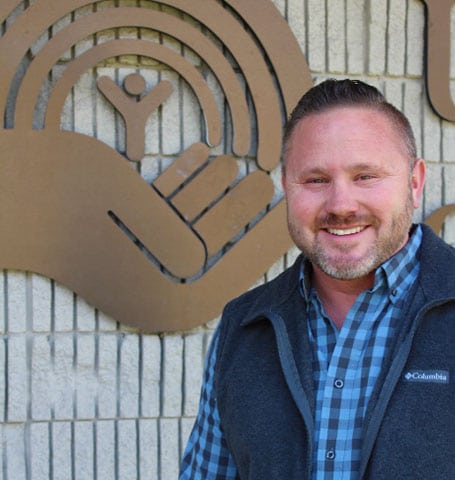 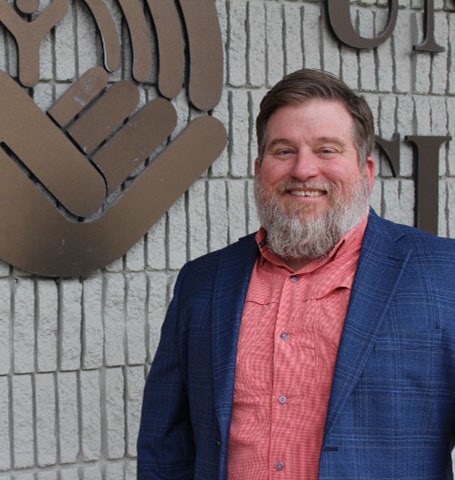