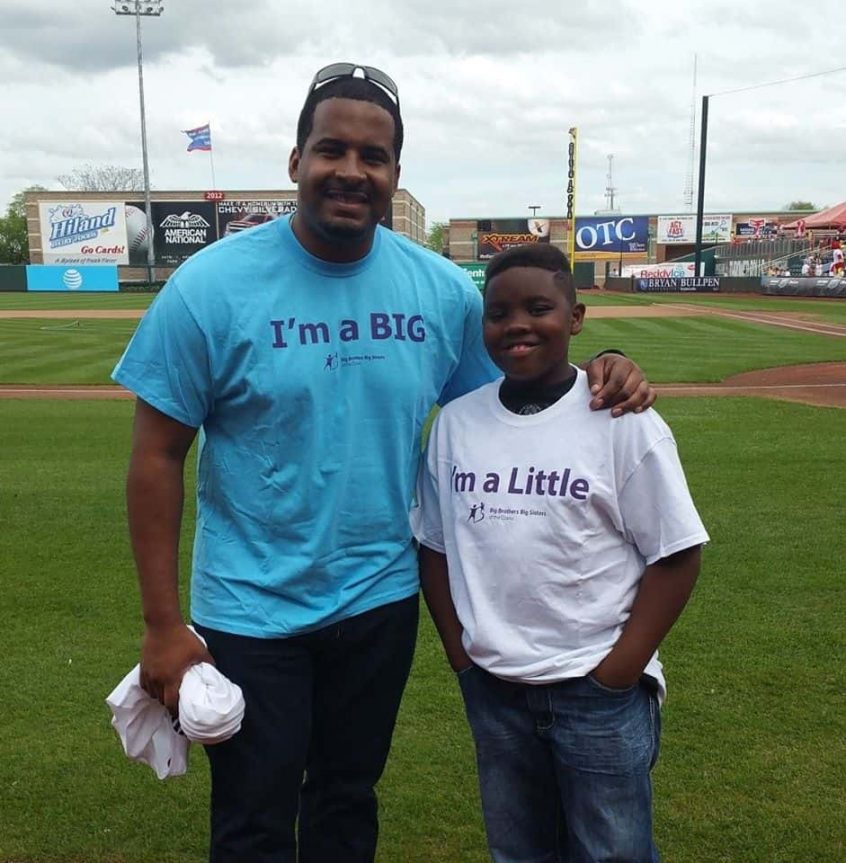 We speak for Tevon & Brandon

Tevon and Brandon hit their 1-year match anniversary in December. When Tevon came to Big Brothers/Big Sisters of the Ozarks, he was having behavior issues centered around his inability to articulate his emotions during altercations with his peers.

Tevon’s Big Brother, Brandon, is able to relate to Tevon when it comes to the struggles of being a young African American male. Brandon felt a responsibility as a successful black man to show Tevon that he could be smart, educated, and successful.

Over the last year, Brandon has taught Tevon the difference between right and wrong, respect, and how to voice his feelings and opinions in a productive way. Tevon’s grades and school performance have vastly improved.

This match was made possible through UWO funding of BBBS Mentoring Program.